Adidas football kits arrived in the UK in the late seventies, so by the time this mid-eighties collection was launched they were on their third kit design for some clubs and faced the challenge of coming up with something a bit different.

That included a Manchester United shirt without the three stripes branding; a simplified West Ham badge; and red bands of differing widths to QPR and Ipswich shirts. 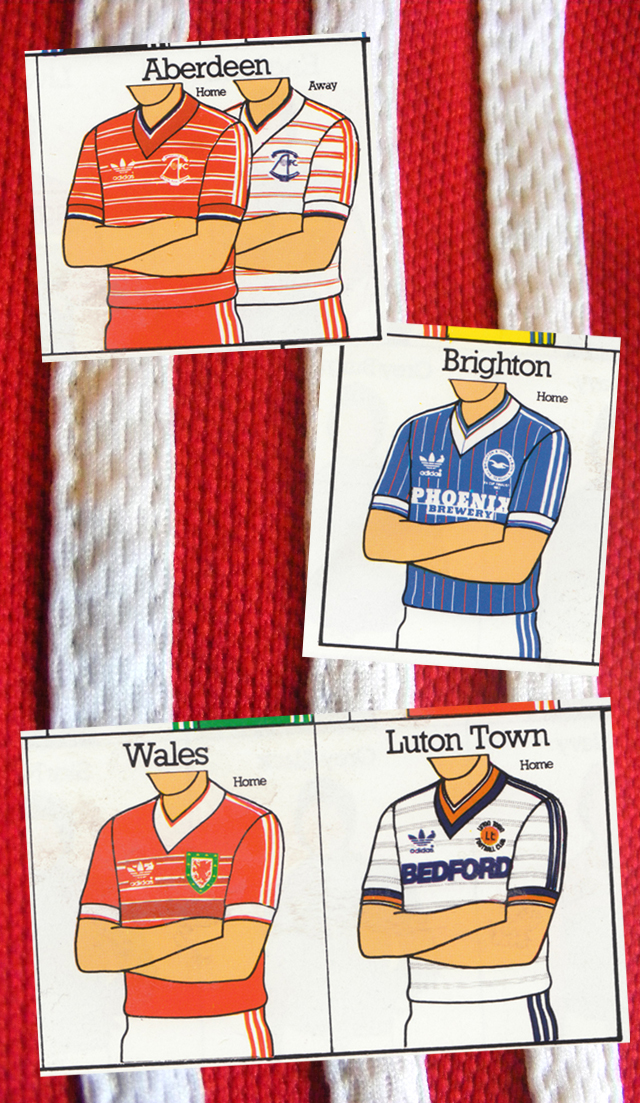 All in all we think they are quite a decent array of kits, would you agree… or not?!

For more kitania and shirtism buy ‘Got, Not Got – the A to Z of Lost Football Culture, Treasures and Pleasures’ here…