Happy anniversary: FA ditch Umbro for England kit, and get into bed with ‘American giant’

The FA have turned their back on tradition and ditched Manc-based sports outfitters Umbro after 28 years of solid service providing the England kit. Football’s trendy politicians will thus celebrate their 150th anniversary next year with the national side sporting the ubiquitous plastic swoosh of Oregon’s favorite soccer, basketball and lurid plastic trainer combine.
Ironically, the Nike kit is set to make its debut in the Auld Enemy clash with Scotland next August – a traditional fixture that fans didn’t want the powers-that-be to tamper with in the first place, and now we’re supposed to give them credit for. 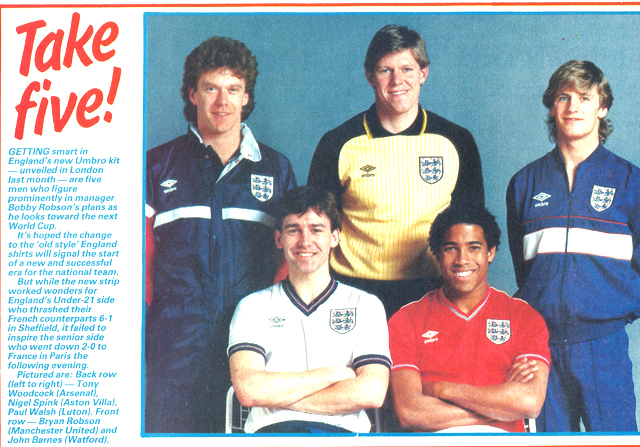 In all Umbro have provided the England kit for most of the last 60 years, with a few years in the ’60s belonging to Bukta, and Admiral grabbing the contract for 9 years before they went bust in the early ’80s.
The pic shows Umbro’s 1984 range, when they came back in from the cold. Here’s how they followed it up, courtesy of Historical Football Kits. Decent clobber from Humphreys Brothers Clothing (shades of Are You Being Served?), all the way from Cheadle.
Heaping irony upon irony, Nike have in any case owned Umbro since 2008, selling up last year to concentrate on flogging its own global brand – so you might argue the change is only superficial. The result of a huge deal that will see the Nike swoosh plastered all over the new FA training centre in Burton, all national kits and equipment right down to county level.
We’d argue it’s symbolic.

If you recall a time when Nike only made footy boots, not kits, then you probably need to own a copy of ‘Got, Not Got’ … you can get it from branches of WH Smith and Waterstones or online here… 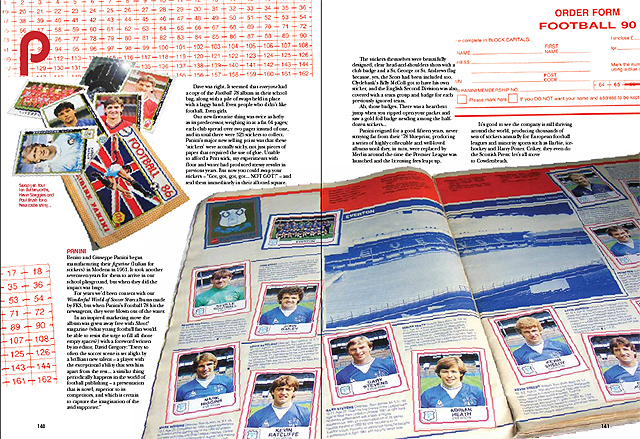 3 Responses to Happy anniversary: FA ditch Umbro for England kit, and get into bed with ‘American giant’