The Grand GNG Quest for the Coolest Football Cards Ever… Weirdoes Special!

The grand Got, Not Got quest for the coolest football card/sticker of all time gets back into gear for the new season with four top-drawer entries from one of the coolest ever set of football cards – the Sun Soccercard series from 1979-80.

First up is Willie Pettigrew of Motherwell, who was apparently a white rasta tramp with more chins than goals and supercool sideys to balance his broken nose and wonky mince pies. We hope the very sight of Oor Wullie warms the cockles of Well fans’ hearts.
And likewise Villa fans, who will doubtless be chuffed to glimpse again the large greasy mushroom cut worn by the great Brian Little (in all honesty, a tribute to his fave band Black Sabbath) around the time his hugely promising career was cut short by injury.
Feast your eyes and nostalge, courtesy of The Sun and their smashing felt-pen artist back in the day.

More eye problems also for Spurs legend Steve Perryman, who apparently didn’t have any, and the fashionably beardie Danny Westwood of Gillingham, who fell foul of the same one-up-one-down wonkiness that was rife in Motherwell.
Classics all, we hope you concur.

More luvverly old footer memorabilia, acting the giddy goat and counter-revolutionary arsiness in Got, Not Got – runner-up in BSBA Football Book of the Year 2012, and price hacked yet again on Amazon. 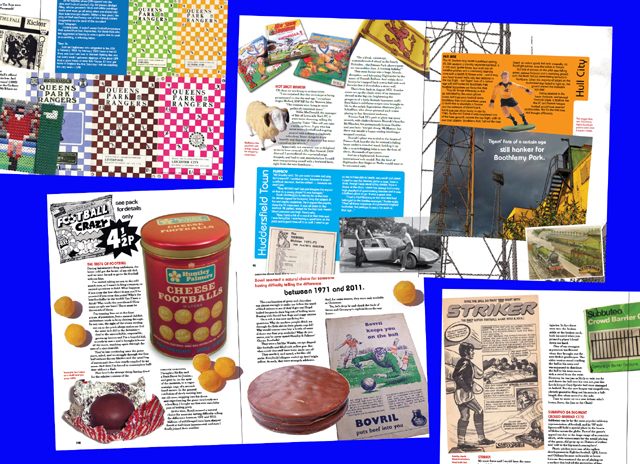