Posted on November 30, 2011 by thefoxfanzine

Movember is over and many an itchy top lip will be reunited with the razor today up and down the country…
In tribute to the international moustache growing event, which raises vital funds and awareness for men’s health, here is a Shoot! magazine feature from 1975 in which Everton are redubbed ‘Hairyton’ by a sharp-thinking sub-editor… 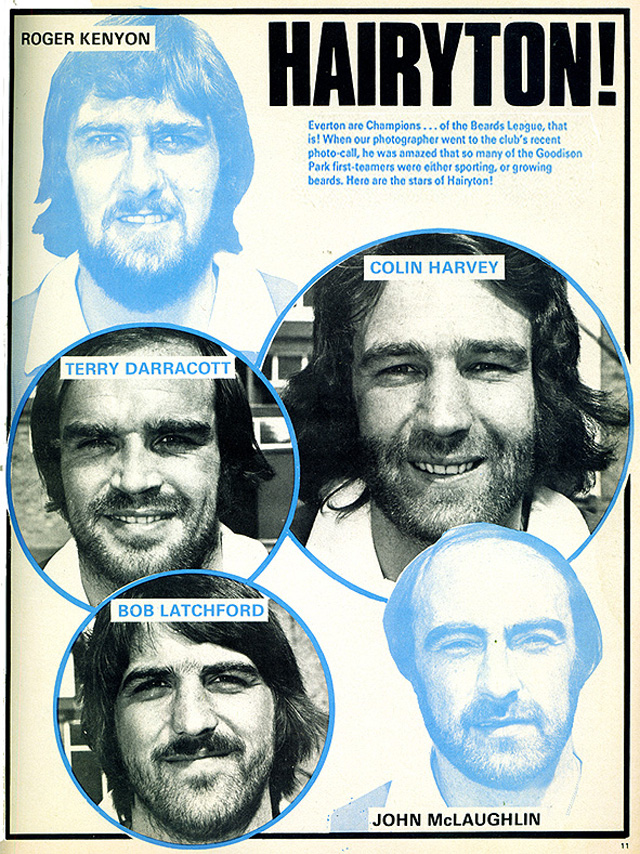 From a high water mark in the mid-Seventies, beards have slowly disappeared from the face of British football.
We’re not talking about a bit of lazy Wayne Rooney stubble here, but a proper beard. Months of growth, preferably with the same diameter as a piece of 13-amp fuse wire. A Roger Kenyon… a Trevor Hockey… a Frank Lampard… a Derek Hales… straight off the cover of The Joy of Sex.